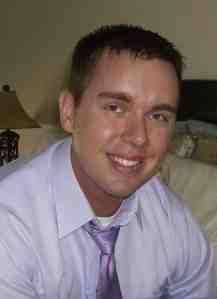 Thank you so much, Jon Messenger, for taking part in the BOD author spotlight interview!  It is such a pleasure for me and all our BOD members to get to know you better.

Thanks so much for the opportunity!  BOD is probably the only Facebook group for which I still get really excited when I see that someone posted something new, so of course I jumped at the chance to participate here!

Can you tell us a little bit about your writing history?  When did you know you wanted to be an author, and what has your journey been like?

I’ve always loved telling stories, ever since I was a child.  Of course, that usually translated to being a compulsive liar when I was a kid, but that evolved as I got older.  I tried my hand at writing for the first time in college in 2000.  I had a great story idea called Eyes in the Nuthouse.  It was about a man in LA who suffers a concussion and can hear the underpinnings of people’s conversations.  Everyone tells white lies to protect people’s feelings, but the main character heard what people meant to say instead.  It wound up driving him mad, hence the title.  It was an interesting concept for a story, but to be honest I was a terrible writer at the time.  I wrote about 100 pages in Eyes before giving up.  My girlfriend at the time said it was great, but clearly she was wrong.  I put it aside and never came back to it (nor will I, more than likely… if I did, it would require a complete rewrite from page 1).

I didn’t write anything again until I deployed to Iraq in 2007.  I had just finished reading a great scifi series by Walter John Williams and felt inspired.  Luckily I had a great support group with whom I was deployed and they pushed me to write.  I finished my Brink of Distinction series during that 15-month deployment.

Ooh!  I hope you return to writing Eyes in the Nuthouse someday.  It sounds like a fascinating story.  I’d read it.  I’m sure all of us at BOD would.  Speaking of which, it’s been so fun to see how involved you’ve been with BOD.  What attracted you to Band of Dystopian Authors and Fans, and what do you most like about BOD?

I have to say that I connect with the fans and fellow authors better on BOD than I do anywhere else (to include my publisher, just don’t tell them that).  The fans are engaging and their excitement is genuinely infectious.  Sometimes I feel juvenile when I get so excited about writing a chapter, but I’ve found the BOD authors share my excitement.  BOD welcomed me with open arms, going so far as to host my release party for Wolves of the Northern Rift, which turned out to be an exceptional event. 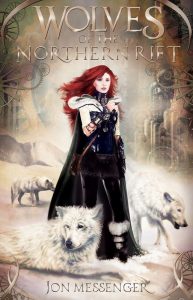 The origin of Wolves is actually a funny story.  It started out as a stand-alone sci-fi story, where aliens invaded the US and their weapons nearly tore the country in two (literally).  That was the basis of the titular Rift in the Wolves universe.  However, when I started thinking about how other countries would react to this alien invasion, the idea of countries closing their border became the premise for the Kingdom of Ocker.  It just made more sense to be more of a fantasy/steampunk series than sci-fi at that point.

Wolves is a mixture of genres and doesn’t really fit cleanly into any of them, which is what I love about the series.  It’s steampunk, sure, but it’s also urban fantasy mixed with paranormal.  There’s a touch of high fantasy thrown in for good measure, with hidden wizards and other fantasy staples.  At its core, however, Wolves is a mystery novel.

I totally agree.  The mystery element is one of my favorite parts about Wolves.  I especially loved Simon, who reminded me of Sherlock Holmes, and Luthor, who reminded me of Dr, Watson.  Can you tell us a little bit about Simon and Luthor and what they’re trying to accomplish in Wolves of the Northern Rift?

Simon is a Royal Inquisitor, part of a group of investigators who explore any reports of magic within the kingdom.  Luthor is his apothecary assistant, who has been traveling with Simon for the past couple years.  Simon’s wisdom comes from various life experiences and a multitude of common sense.  Luthor, by contrast, is the book-learned friend, who fills in the gaps of what Simon doesn’t inherently know.  However, they’re more or less brothers in all but blood.  In public, Luthor is nothing but polite, referring to Simon as “sir”.  Behind closed doors, though, they bicker like siblings.  Everyone who has read the book so far has commented on how much they loved the two men’s relationship.

Why don’t you tell us a little bit about the different genres you have written?

I started off as a science fiction author and figured I would write scifi until my dying breath.  Aside from the Brink of Distinction trilogy, I wrote a gritty and violent stand-alone book called Rage and had started another called Transcription Error.  However, when I got picked up by Clean Teen Publishing for Wind Warrior, I suddenly found myself writing a supernatural/paranormal story about elemental-wielding castes trying to stop the end of the world as we know it.  Book 4, Earth God, (and subsequently the end of the World Aflame Series), comes out in May 2015.

What kinds of books do you most like to read, and how do you think they’ve influenced your writing?

I try to read books in the genre I’m writing, to stop my mind from wandering, but I’m a scifi junky at heart.  Aside from the classics like Heinlein, Asimov, and Herbert, I’ve also found that the scifi turns out some exceptional indie authors as well.

Can you tell us where you come from, what other kinds of responsibilities you’re involved in, and anything else you’d like all of us at BOD to know?

I’m originally from London, England, but I don’t have an accent.  I left the UK when I was 3 and traveled around the world until I was 11, when we settled in the US.  I had been living in Tokyo until my father retired, at which point we moved to Smiths Grove, Kentucky.  If you don’t know where that is, you’re part of the 99%.

I joined the Army after college and have been serving for the past 13 years, which is why I now live outside Seattle, Washington.  The Army is my job and writing is still a hobby that I do whenever I can manage the time (which grows slimmer and slimmer every year).  Once I retire, I’ll become a full-time writer.  Aside from writing, I also do adventure races like Ragnars and Tough Mudders.

That’s a really tough one because in most of my books, I’m busy putting together an apocalyptic scenario.  In my scifi trilogy, it’s a galactic war.  In World Aflame, the Fire Caste is trying to destroy any remnants of humanity.

I’d have to go with Wolves in the Magic & Machinery world.  I love the Victorian era and the stiff-upper lip style of conversation.  I’m a huge fan of shows like Penny Dreadful; Wolves echoes its dark feel and the idea that there’s a world underneath the one everyone sees, a world that has to be investigated and managed by the Royal Inquisitors.  Hands down, I’d be an Inquisitor like Simon.  Even though magic is viewed as an infection, I’d probably have a more liberal view about whether or not magic’s as evil as the King believes.  That seems contradictory to the dogma of the Royal Inquisitors, but I wouldn’t be alone.  Read Wolves and you’ll understand what I mean.

Having read Wolves, I too would want to live in it’s Victorian/fantasy world.  Well, thanks again for sharing your amazing writing talent with all of us, and for letting us get to know you.

Magic is an abomination. It spread from the Rift, a great chasm hundreds of miles long that nearly split the southern continent in two. The Rift was a portal, a gateway between their world of science and the mythological world of magic.

On the northern continent of Ocker, King Godwin declared that no magical monstrosity would be allowed within their borders. The Royal Inquisitors were formed to investigate reports of mystical occurrences and, should they be found, to destroy them.

Inquisitor Simon Whitlock knows his responsibilities all too well. Along with the apothecary, Luthor Strong, they’ve spent two years inquiring into such reports of magical abominations, though they’ve discovered far more charlatans than true magical creatures. When assigned to investigate Haversham and its reports of werewolves, Simon remains unconvinced that the rumors are true. What he discovers in the frozen little hamlet is that the werewolves are far more real than he believed; yet they’re hardly the most dangerous monster in the city.

Jon Messenger (Born 1979 in London, England) serves as an United States Army Major in the Medical Service Corps. Since graduating from the University of Southern California in 2002, writing Science Fiction has remained his passion, a passion that has continued through multiple combat and humanitarian deployments. Jon wrote the “Brink of Distinction” trilogy, of which “Burden of Sisyphus” is the first book, while serving a 16-month deployment in Baghdad, Iraq.

I knelt beside the railing, squinting to see through the surface of the murky water. A minute passed before I saw it again, but it was clearer this time. A ripple from the far end. Something was in the water.

The little wave of movement flowed across the surface towards me. A sleek head surfaced, hair darkened by the dive.

Murph shook his head as he tread water.

I pressed my forehead against the cool metal of the railing and swore softly.

Murph pulled himself back onto the catwalk and wearily rubbed at the marks the goggles had left.

‘Give me ten minutes to rest and I’ll try again.’ I nodded in agreement. He’d been at this for hours. I didn’t know how much longer he could go on. I tightened the tourniquet a little. My leg had lost feeling a while back and my swollen foot had gotten a bluish quality.

The constant clatter and scraping from the other side of the door suddenly ceased. We both stopped breathing. Silence reigned for a long minute. Then the ringing thunder of metal striking metal echoed through our little watery chamber. They’d found a new way through the door. An excited wordless chatter rose up while whatever they’d found hit the door again. And again.

Murph pulled the goggles back on and dropped out of sight beneath the waves without a word. I peered into the depths after him, but all I saw were clouds of silt.