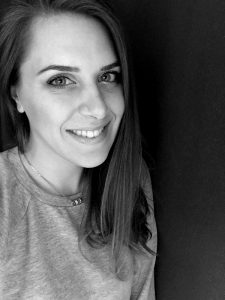 Welcome, Molly Phipps, aka M. A. Phipps, to the ON THE BOD BLOG author spotlight interview! I’m so excited to have you, to get to know you a little, and to share your awesome writing with all of the BOD members.

Hi Angie, thanks for having me! I’m so excited to chat with you and give readers the chance to get to know me a bit.

​First, before you tell us about Ultraxenopia, will you tell us how you got into writing? Was it something you always knew you’d do? How did it all come to be?

I’ve been writing for as long as I can remember. When I was in grade school, I used to make these little picture books for my mom—stories about random things with some pretty terrible illustrations. To be honest, I can’t ever remember NOT writing. It’s always been something I just had to do. For one, because I loved it and also, I think, for my own sanity a little bit. It’s a good release for me. My dad has always been a big reader as well, so I think that just rubbed off on me. Who knows, maybe I’m genetically predisposed to love books!

In your bio you mention that you’ve always loved the written word. So, what was the first book that sucked you in and made you know you wanted to write?

When I was about six or seven, my dad gave me a copy of A Wrinkle in Time by Madeleine L’Engle. I always loved books, but there was something about this one that had an extremely profound effect on me, and it was the first time I remember actually thinking, “I want to be an author.” I also read The Lord of the Rings when I was very young, and anyone who knows me knows how obsessed I am with that series. My dad introduced me to all these great books, so I guess I should probably thank him for sparking that dream.

If you could meet your favorite author, who would it be, and what would you ask them?

I have a few authors I really admire, but I think if I had to choose one, it would be Philip Pullman. His Dark Materials are among my favorite books, and I know he dealt with a lot of criticism over the years for it being considered atheist in plot. Even the Vatican made a movement against them being turned into films! (As a side note, the first one was turned into a film and it was rubbish). I would love to ask him how he dealt with that.

Now tell us a little bit about Ultraxenopia. It’s the first in your W. A. R. series. But where did the idea come from? Were you inspired or influenced by any other dystopian stories while you were creating Ultraxenopia’s world? What would you liked us to know?

The world in Ultraxenopia was heavily influenced by the Big Brother society in George Orwell’s 1984. I read it in high school, and I found it incredibly haunting. In regards to the medical aspect, I’ve always been fascinated by science, and my brother and sister-in-law are scientists themselves, so I wanted to really incorporate it into the story in some way. I also took inspiration for the DSD (the experimental facility) and Wynter’s experiences there from Unit-731, which was where the Japanese conducted human experimentation during World War II to help them create biological weapons. Much of the State is based on Nazi Germany as well (although that becomes more apparent in the sequels).

I love Wynter, the protagonist in Ultraxenopia. She’s strong and yet she has weaknesses that make her vulnerable and able to relate to. What do you see as her greatest weakness? What do you most admire about her?

I think Wynter’s greatest weakness is her ignorance. She’s essentially been brainwashed to believe certain things and live one way her entire life. And in a very short space of time, she learns how much of what she always believed is actually a lie. A lot of that ties into her family and her past, and it will be a struggle for her to come to terms with throughout the events of the trilogy. On the other hand, I really admire her tenacity and willingness to make sacrifices for the sake of the people she loves. She wants to do right by them with little regard for herself, which I think is an admirable trait.

Without giving away the story, what can you tell us about Wynter’s powers?

They are what make her unique in a world where individuality isn’t allowed. They give her a sort of strength and drive she might not have known otherwise. But they also put her in a position where she can be used for malicious purposes. Her powers are, in many ways, like two sides of a coin.

If you had Wynter’s abilities but had the power to control them, how would you use them?

I know a lot of people wouldn’t want to know what the future holds for them, but I think more than anything, I’d be curious to see how I die. It sounds grim, but in the words of Edward Bloom in the film Big Fish, “But it could kind of help you, couldn’t it? Because you’d know that everything else you can survive.”

I love a great love story and I especially love a great male lead, hence my love for Ezra. So, what can you tell us about Ezra? How does he help or hinder Wynter in her role in Ultraxenopia?

Ah, Ezra. I do love a pretty boy. He’s this natural born leader, very charismatic, and well-liked by the people around him. But at the same time, he has a lot of his own personal issues and doubts that he doesn’t really show on the surface, which can make you feel like you’re not seeing every side of him. He’s a strong guy, but Wynter exposes a weakness to him that he doesn’t want to admit is there. Whereas with Wynter, her relationship with him sort of brings out her strength. The trouble is, when you’re wanted by very powerful people, like Wynter is, those people are willing to use the ones you love against you, and that is where Ezra poses a risk to her in the long run. In a world like the one in Ultraxenopia, caring for other people can be your downfall.

Some of my favorite stories have the best villains. And Dr. Richter fits right in with the best worst bad guys. What can you tell us about what makes him such a good villain?

I think Dr. Richter makes such a good villain because he has this intense creepy vibe to him right from the start. He plays nice at first, but you can sense something off about him by the way he looks at Wynter or by the things he says. Then, when you get into the story a little deeper, you see how truly psychotic he is. It’s hard to imagine anyone being that inhumane and…well…cruel. Trust me when I say though, the best (or worst) is yet to come.

What can you tell us about the second book in the W. A. R. series? What other projects are you working on that you’d like to tell us about?

Oh man, I am SO excited about it. It’s my favorite one in the trilogy. Granted, I haven’t planned or written book three yet, so that may change. But book two is going to be a wild ride, even more so than Ultraxenopia. In terms of other projects, I’ve been dabbling with short stories and I am working on a novel outside the Project W. A. R. world, but I’m keeping it under wraps for the time being until it’s finished.

When you’re not writing, what do you do? Or, what are some hobbies you do in your spare time?

I recently started offering freelance graphic design (putting my degree to good use, finally). So when I’m not writing or entertaining my two-year-old daughter, I’m usually making art. I’d like to say I spend my free time reading but free time doesn’t exist for me right now. Although, I’m determined to get some time back to get through my TBR pile in the near future.

Well, thank you so much for spending time with all of us at BOD and for letting us get to know you!

M. A. PHIPPS is an American author who currently resides in the picturesque English West Country with her husband, daughter, and their Jack Russell, Milo. A lover of the written word, it has always been her dream to become a published author, and it is her hope to expand into multiple genres of fiction. When she isn’t writing, you can find her counting down the days until the new season of Game of Thrones. 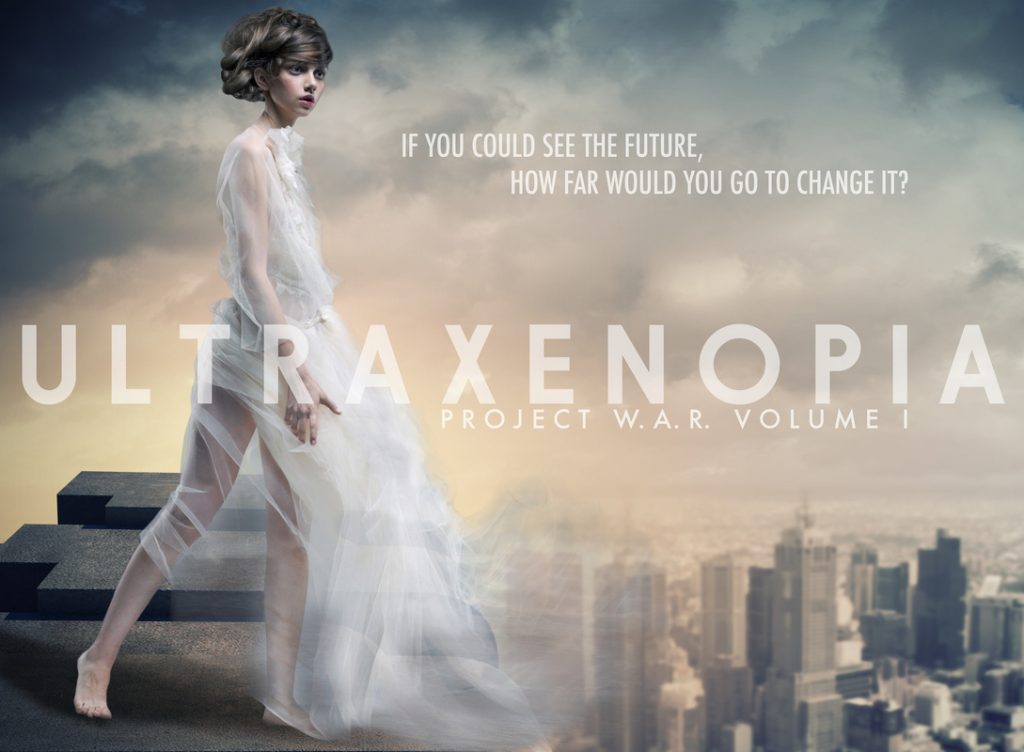