It’s such an awesome opportunity to introduce to all of our BOD members the incredible authors among us! So, thank you, Drew Avera, for taking part in the BOD author spotlight interview. I’m excited for everyone to get to know you. 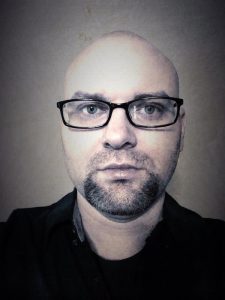 Thank you. I’m excited to be here and love being part of the group!

I love learning about when authors discovered they wanted to be writers. So, tell us, how or when did you know that writing was for you? What are your aspirations as a writer?

Growing up I didn’t enjoy reading, since my mother usually made it part of punishment for something. When my parents split I started getting into comic books. I watched Batman the Animated Series and the X-Men cartoon. My dad bought the comic books, provided I’d read them. He probably spent hundreds of dollars on my comic addiction. Eventually I got into reading real books. Ever since I was sixteen and read “The Incredible Hulk: What Savage Beast” by Peter David, I’ve wanted to write a book. It was a novelized version of a comic book. It took fifteen years later for me to write a book. But we can get to that later.

You’ve mentioned on BOD that you serve in the military. Can you tell us what you do, (without having to kill us) and how your current job has influenced your writing?

Absolutely, I’m an Aviation Electricians Mate First Class. Most of my career was spent working on electrical systems on the F18. It’s two parts awesome and one part anguish with deployment. I’ve seen some really cool stuff, but I’d prefer to be home with my family. My job is different now that I’m not working on Hornets any more. I don’t know how my job influences my writing, but I definitely use the personalities I’ve met in my books. But usually not in a good way. I encounter unpleasant people lol.

I love sci-fi, and I’ve noticed that your stories definitely have that feel to them. What are some of your favorite sci-fi mediums, whether books or movies, that have influenced your stories?

Like I said, I’m a huge comic book fan and I think that has influenced me most of all. If you notice, most of my books are short and there’s always some kind of action or drama happening in some way. Most comic books follow that kind of rhythm. I also love sci-fi influenced art, especially landscapes. Most are very beautifully done and I can imagine what those worlds would be like. But let’s not forget all the awesome movies coming out. It’s like a sci-fi buffet!

I totally agree. Some of the dystopian/apocalyptic sci-fi movies that are out or coming soon are incredible. Kind of along those lines, tell us a little bit about Exodus and how this story came to be. 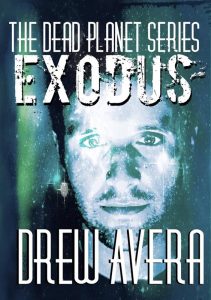 When I turned thirty I looked at what I had accomplished on my dream list. Rock star? No. Comic book artist? Nope. Self-made millionaire? Lololololol…no. Wrote a book? Not even close.

So, with that list of potential things to accomplish I decided to focus on one. I eventually decided to write a book and began the painstaking task of writing one with pencil and paper. That was a travesty and I was ready to quit, but then I found a little something called National Novel Writing Month. I decided to give it a go as a last ditch effort. Twenty six days and fifty some odd thousand words later I was an author. What I didn’t realize was it would become an addiction. At least it’s not cocaine or heroin though, right?

As far as Exodus goes I’m not real sure where the idea came from. I was watching Falling Skies and based my character, Serus, off of the actor, Drew Roy. I guess I wanted a flawed superhero with a tortured past. Exodus is what I eventually created, lol.

I have read a couple of books lately that deal with law enforcement and government using their positions in an imbalanced way in order to achieve personal goals. Have any of the recent supposed imbalance between law enforcement and everyday civilians had an impact on the creative process of writing Exodus or any of your other books?

Truthfully I don’t like watching the news. I come up with bad enough ideas of what the future will be like without it. But I don’t live in a void and I hear about things. I think growing up in the Bible Belt and knowing about what Revelations said the future is supposed to be like, coupled with my own personal views, gives me enough to roll out about a hundred different futures without happy endings. It’s easy to see how people come to those conclusions when you look at how corrupt government is worldwide. It’s actually scary to think about.

Tell us a little bit about the other books you’ve written. Are they strictly dystopian/apocalyptic? What other projects are you working on?

Most of my books are dystopian science fiction. But I am also part of a multi-author urban fantasy series called The Twin Cities Series. We are doing a big push in February to bring in readers and recruit more authors into the series. 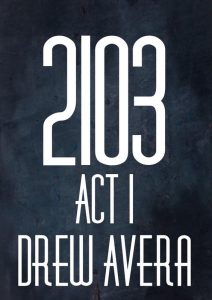 I’m also trying to wrap up The Dead Planet Series this year. It’s been a long road completing the series so I’m excited to have the trilogy done. After that I want to write a Batman fanfic and finish other projects.

Now tell us some fun facts about yourself. If you could write yourself as a character into any book series or movie, who would you want to be and why?

You know that meme that says to be Batman? Yeah…

That’s a pretty hard question because I’ve seen a bunch of movies with awesome characters. I think the only prerequisite is that I not die…that would suck lol.

Give us a list of things on your bucket list. What have you done already, and what do you still want to do?

I want to see the world and retire from the navy, live in the country, and be a full-time author. I’ve only seen parts of the world at this point 😉

Again Drew, thank you so much, for being a part of BOD and for sharing a little bit about yourself and your awesome stories with all of us!

Drew Avera is an active duty navy veteran and science fiction author. After growing up in rural Mississippi, Drew joined the US Navy at the ripe old age of seventeen. It required parental consent and only ten days after high school Drew was in boot camp. It wasn’t fun, but it was a necessary obstacle that taught him how to commit and achieve something so challenging. After graduating in the summer of 2000 his career started as an aviation electrician working on F18s. Since then he has met his wife and had two awesome daughters, he’s seen the world, and he’s achieved one of the dreams he had as a kid; to be a published author.

If you’re into fast-paced, action-packed, science fiction thrillers; then look no further. Drew creates dystopian fiction for those who love post-apocalyptic worlds ruled by corrupt governments. Get your fill with science fiction thrillers with The Dead Planet Series. You can also find urban fantasy thrillers in the multi-author created titles called The Twin Cities Series. There’s a little something for everyone who enjoys speculative fiction, so have a look at Drew’s author page and pick up a few free dystopian short stories.