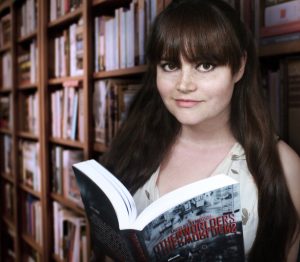 Welcome, Angela Cavanaugh! It is such a pleasure to have you be a part of the BOD author spotlight interview. Thank you for joining us!

Hi. Thank you for having me.

I love learning about when authors discovered they were a writer. When did you know and how did you make it a reality?

I’ve been a writer for as long as I can remember. Even in Elementary school, my favorite subject was creative writing and I went on to compete in district competitions in high school. However, I lived in an area in a time where a creative career wasn’t encouraged. Anytime I, or others, mentioned they wanted a career in the arts, it would be met with, “That’s neat. What’s your fallback?” Because of this, I put writing away for a long time. I still dabbled here and there for fun, but no serious commitments. It took until 2013 for me to decide that I was actually going to go for it. I began to read more, and more widely, which helped me develop a style that I liked better than the one that I had. I studied as much material on the craft of writing as I could get my hands on. While I did all of that, I wrote. Almost every day at first. I think that’s really what it takes to make writing a reality: you have to write. It’s a lot harder than it sounds.

What can you tell us about your writing routine? Are you an outliner, or a pantser? How do you keep track of your story ideas? How do you bring everything all together?

The main staples of my writing routine are music and coffee. I have a couple stations that I made on IHeart Radio, usually upbeat modern alternative. That, plus a hot drink, gets me into the right mindset. I’ve set it up to trigger my mind to go into work mode.

I like to think of myself as a Planster. I value an outline and I always do a fair amount of fleshing out my characters and story before I sit down to write. I don’t like to start something when I don’t know where it’ll end. It’s the surest way to get stuck. Usually, I have a few milestones and scenes that I know I need. After that, it’s all pants. For me, a lot of things come up while I’m writing that I didn’t plan for. Characters occupations, traits, and backstories, whole scenes, sometimes even major story elements. So, while I like to plan, I always leave myself open to what develops naturally as I write.

I try to write down my story ideas. There’s little worse than having a great idea, and remembering that you had a great idea, but being unable to remember the idea itself. I type all of my stories, but typically the story ideas and pieces start with pen and paper.

Bringing everything together is the challenge. When I was writing Otherworlders, I learned that just because you think something is in chronological order doesn’t necessarily mean that it is. Whole sections of a book can be moved around if necessary. There’s a lot of art and skill in weaving it all together in an effective and pleasing way.

I loved Otherworlders! It’s such a perfect blend of science fiction and total world/social destruction. It’s a great debut novel. Can you tell us a little bit about it, and where the idea for the story came from? 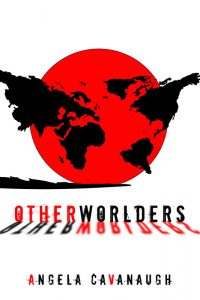 The story follows a group of survivors as they travel from their virus riddled world to a parallel dimension. The trouble is, no one told the other universe that they should expect about a billion permanent guests. Things in the new universe begin to fall apart from nearly every aspect. The characters find themselves in a situation where they must survive and escape once more.

The idea for this story started off very small. One day, when I was brainstorming, my boyfriend said to me, “You like parallel universes. Why not write something about that?” The seed was planted. From there it grew into a question: what would happen if a billion people suddenly showed up? How would that change the world, and what sort of challenges would they face? I think my original idea started with three or four characters, and the cast grew from there as I realized just how large this story was.

From start to finish, how long did Otherworlders take you to write?

The first draft of Otherworlders took me about six weeks to write. However, with alpha and beta reads, rewrites and revisions, time off from it here and there, editing and line edits, it took about two years to get a finished product.

I have many favorite sci-fi authors. As far as the ones that specifically influenced my writing, there were a couple. Dean Koontz was the first. I read him from sixth grade on, and when I was in high school I wrote to him and he wrote me back. It was a short note, but I still have it, and it was exciting for me back then. Another big influence on me was Hugh Howey. He’s inspiring, approachable, and a real wealth of knowledge. He was also the first author that I discovered for myself. I didn’t just read him because someone else told me to. I loved Wool, and that encouraged me to read a broader range of other authors, which was something I was shy about before that. Lastly, I’ll say Matthew Mather. He is also approachable and helpful. He impacted me with his story Atopia. The writing style resonated with me. Discovering what I liked about his writing helped me identify what I didn’t like about my own, and made me better.

I love sci-fi movies and TV. I was obsessed with Sliders when I was a kid and Lost was one of the best shows. I think you can see the influence of those two shows in Otherworlders. Sliders was about parallel universes and Lost proved to me that it’s okay and entirely possible to have a large cast of characters, without any particular one being the one that the story is about.

I personally think Otherworlders would make a fantastic T.V. series. If that were ever to happen, what actors would you want to play some of you characters? I’m specifically thinking of Kara, and Jackson.

This is a question that I’ve given a lot of thought to, but hardly ever have an answer for. I think that D.B. Woods could probably play a good Jackson. For Kara, I don’t know, maybe Kate Mara?

There are so many fantastic character in Otherworlders, who really make the story what it is. Is there a character or character you most relate to, or most despise, and why?

I think that there’s a touch of me in all the characters. Kara’s survival instincts, Tomas’ optimism, Alyssa’s desire to make the world a better place, Levi’s social awkwardness… I tried to write the characters in a way that made them all related, even the bad ones.

Can you tell us what other writing projects you’re involved in, or have participated in? Are you currently working on another book?

I’m heavily involved in The Future Chronicles. It’s a fantastic group. They gave me my first real validation that my writing was any good. I have stories with them in various anthologies including The A.I. Chronicles, The Z Chronicles, and the upcoming The Future Chronicles. Besides that, I’ve been on a hard sci-fi story a world where the rich hibernate and the poor never sleep. There may be a sequel to Otherworlders in the future. I’m still in the planning phase.

What crazy fun facts would you like us to know about yourself? Do you have other interests besides writing? Is writing your day job? What’s the craziest thing you’ve ever done?

When I first moved to Los Angeles, I dabbled in acting, and you can find me featured on an episode of The Doctors, and as an extra in the movie Jobs, the show Teen Wolf, the show Friday Night Lights, and a handful of music videos. I was almost on Master Chef, made it through three rounds, but answered a question wrong when I was interviewed by the producers. I also love going to movie Premiers.

I have a few other interests besides writing. I have a BA in Psychology. I was briefly a professional photographer, and I still love playing around with my camera and Photoshop. I also like to draw, and sing, and read. I have a border collie. I like to take him on hikes and to the park. I also enjoy rock climbing.

Writing isn’t fully the day job just yet. Luckily, I make a pretty decent living as a waitress out here, which affords me the opportunity to only work about 20 hours a week and frees up plenty of time for writing.

My life has been anything but boring, so it’s hard to pick the craziest thing I’ve ever done. I guess I’d have to go with the time that I moved across country. The second time, that is. The first time was planned and was from St. Louis to Austin. The second time was a bit more spontaneous, and I went from Austin to California.

Wow! You have done so many awesome things. I bet acting was fun, but just as challenging as writing. Thank you, for your time, and sharing your talents with all of us! It’s such a treat, for all of us at BOD, to get to know you better.

Angela is a writer living in Los Angeles.  She is a two-time recipient of an Honorable Mention in the L. Ron Hubbard Writers of the Future Contest. Her debut novel, Otherworlders, has been well received.  She is a contributor to The Future Chronicles.  She has many upcoming projects and is excited about the future.